September 12, 2021
Spring and summer of 2018 were amazing. I saw some incredible herps within Ontario, which you can see in my previous blog posts on the 2018 season. Fall was slightly different. There were still amazing reptiles and amphibians seen, but they were not from Ontario! Travels took me to the west in Canada and all the way to Greece where I had the privilege of observing some of their native herps.
In early fall, I travelled to British Columbia for the Canadian Herpetological Society conference. A group of friends and I were scheduled to be there for the weekend, but headed out to the province a few days early to try and do some hiking and herping of our own before the conference started.
After landing in BC, we headed straight for the Okanagan Valley. Probably the coolest observation of the trip was on our drive, and it wasn't even a herp. It was a MOUNTAIN LION! The big beautiful animal was sitting on the edge of a major highway and all our passengers in the car got to catch a glimpse of the magnificent cat as it took off back into the forest. Unfortunately, we did not get any photos.
What we did get photos of, however, were the first herps from later that night. Also on the roads. It was raining, so we knew amphibians would be out crossing. We drove for a couple hours and managed to find a few Great Basin Spadefoot Toads, some young Tiger Salamanders, and a couple Pacific Treefrogs.

After a late night, we hit the sunny hillsides the next day to find the scaly animals we came to see. With some searching, and previous scouting of another friend, we were able to turn up several Northern Pacific Rattlesnakes and a couple neonate Great Basin Gopher Snakes.


During the days of the conference, our group managed to find a bit of free time which we, of course, used to look for more snakes. This time, we met up with some local herpers that helped us find a few targets. We got to see more Gopher Snakes and Northern Pacific Rattlesnakes, in addition to over half a dozen Western Yellow-bellied Racers and a Long-toed Salamander!


The (amazing!) conference came to an end, and it was time to travel home. Along the way we made one last pitstop in southwestern BC to try and find a few other species. We were successful and got to see a couple Western Red-backed Salamanders, a Northwestern Garter Snake, a Valley Garter Snake, and a Northern Red-legged Frog.

Not a month after being back from BC, I flew east to Greece. I spent the majority of my time on Santorini, where herps are in very limited supply, and I only spent one day in Athens. Depsite the circumstances, I was able to observe a few Greek Tortoises in the city, and more Erhard's Wall Lizards then I could count.


One day I will have to return to both BC and Greece to find some species that I missed out on while I was there. But, for now, I am very pleased with the memories and photos that I was able to capture of the incredible herps that I did get to see while visiting these beautiful places.
And with this post, that is a wrap to my recap of herps in 2018!
britishcolumbia frog greece herp herping lizard ryan wolfe ryanwolfe snake toad tortoise

Popular posts from this blog 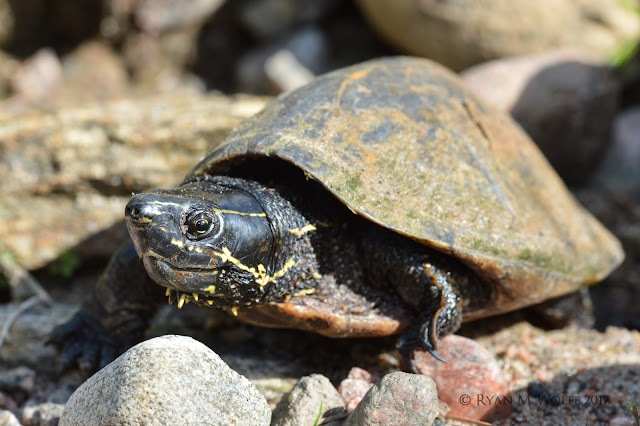 Starting out like any other day, I didn't expect this particular Tuesday to be anything special.  But I'm glad it was. I went the whole morning and early afternoon going about my business for the day. it wasn't until the late afternoon, when I was driving, that I noticed a little lump up on the road ahead. Being at prime nesting time for turtles I knew this was one of these reptiles. At first I thought it was a small female Painted Turtle but when I got up to it I saw that it was something different. It was an Eastern Musk Turtle! I hadn't seen one of these yet this year, so it was great to have this opportunity and even better that I was able to save the individual from oncoming traffic. Eastern Musk Turtle - Ontario  I quickly moved it across the busy road and it went on it's way into the wetland on the other side. Eastern Musk Turtle - Ontario This was a particularly interesting and unique observation. Musk Turtles hardly ever leave the
Read more 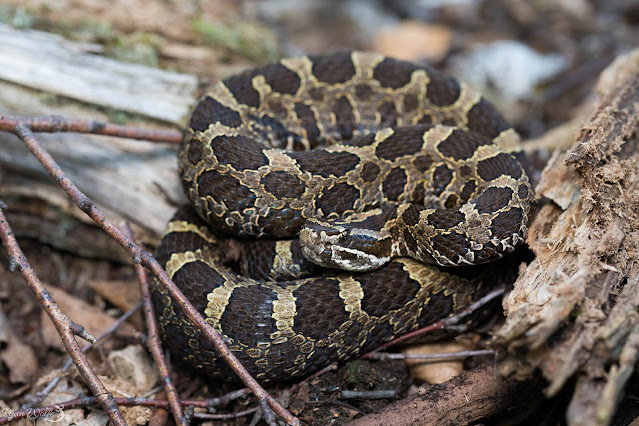 Summer of 2018 was nothing short of amazing. It was filled with cool snakes, and some awesome amphibians too. In late June, I started out with a trip to a local spot in extreme southern Ontario that is home to an endangered rattlesnake, the Eastern Massasauga. On my first attempt, I was able to spot a beautiful golden-brown sauga basking in the afternoon sun. I went back the next day with my friends and researchers, and we were able to observe 4 others. Three of the snakes on the second day were gravid females, and were captured and collected to be taken into the lab where they gave birth. This was done so under appropriate permits and intensive protocols to ensure all of the snakes were safely handled and kept. Once the babies were born, the adults and neonates were put back into the wild. Eastern Massasauga Eastern Massasauga Along with the sole Massasauga that was observed on the first day, I managed to slip in a bit of extra herping time back at the Niagara Gorge to find the North
Read more

Ryan Wolfe
Spending time out in nature is a must for me. It's where I feel happiest and where I feel at home. My passion is mainly for reptiles and amphibians but I admire all wildlife. This blog will have a strong focus on herpetofauna (mainly in Ontario) but may have a few posts here and there about other wildlife. So please join me on my adventures, enjoy the reading, and maybe learn a thing or two along the way!